Sorry. Either your browser does not support Javascript or it is disabled.

Spartan Youth Training (ah GOH gee, rhymes with doggie): You have been cast into the wild for one year. Given a burlap cloth, no food, no cell phone. Snow has begun to fall. 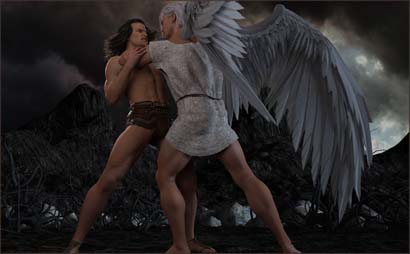 Many artists depict Jacob as an aged man in this oft-interpreted scene. For me, the thought such a person could wrestle an angel all night lacked credibility.

Helen saw a chance to escape an arranged marriage. Menelaus saw an ally against his enemies. Paris saw the face that would launch a thousand ships. None saw the coming horrors or heard the Fates cackling.

Sinner or First Disciple? Jesus’ lover and therefore threat to the Church? Or twist by modern feminists to fit an ideological agenda? Whatever the case, I chose, this, portrayal of an iconic and controversial woman only because I eschew the obvious. The overwhelming majority of images depicting her portray the ‘After’. 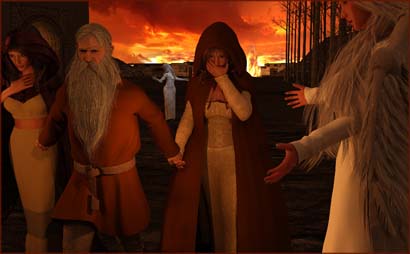 In researchng this scene, a pattern emerged such that the majority of depictions showed Lot and his family at a distance. When I zoomed in, it became clear why he was so anxious to get his daughters far from Sodom and Gommorah's depravity and wickedness. :-)

With a dismissive wave, the Sultan ended the day's business. Ministers and viceroys gathered their portfolios, casting sidelong, lascivious glances toward the Vizier's daughter. Evening's onset heralded Sheherazade's entrance and tonight the Sultan eagerly awaited hearing the ending to the Water Fowl and the Tortoise.

Interesting that though often thought of as second-class citizens, lacking in rights, and politically powerless, a woman's look, whisper, or dance can have a man's head cut off.

Despite the considerable competition one might expect on Olympus, even Zeus himself could not resist the charms and allure of Selene, goddess of the moon, who bore him four children. However, It seems Selene, ardent and passionate in her own right, needed something more than Zeus. She moved on to give Endymion, a mortal, fifty children 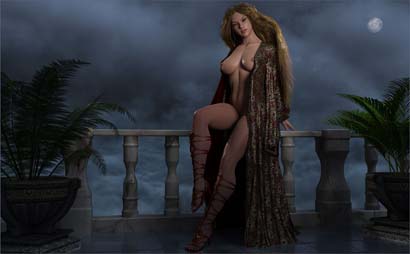 A third variation. Which would you have selected? 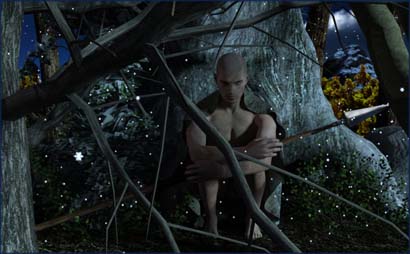 Spartan Youth Training (ah GOH gee, rhymes with doggie): You have been cast into the wild for one year. Given a burlap cloth, no food, no cell phone. Snow has begun to fall.

"Are you aware, Agis, of the force's size opposing you?"
"Mind yourself, Ephor. Spartans do not ask how many. Only where?"

A classic scene from a legendary movie 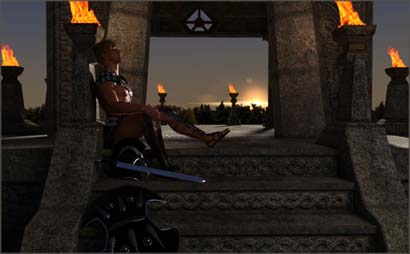 Dawn had begun to splinter the night but only crackling flames disturbed the stillness. He raised his face to once more greet the sunrise. In the pre-dawn light, he had briefed his commanders: Phoenix, Eudorus, Peisander, Menesthius, Alcimedon, good men all. Horns would sound the final assault as he charged the ramparts.

Many had fallen to the savage arc of his sword, but he remembered none of them. Except Hector. How many more would fall today? Achilles reached down to rub his heel. It ached.

For those whose hair just ignited, no. This is not a historically accurate portrayal.

It is left to us, the descendants of time immemorial, to imagine a moment in the world of history's greatest warrior birthed by the goddess, Thetis. Countless many who saw her son did not survive it.

When prudish historians sat down to chronicle the legends of Arthur and the Lady o' the Lake, they left out a crucial detail

Percival and Gawaine, early to the Round Table gathering, turned at Lancelot's entrance. He walked slowly, easing himself into the chair, settling in with a loud exhale. "I feel like I battled a bull. My every muscle aches."

The day before no one had expected the Tournament to become such an astonishing spectacle. As usual, Lancelot had vanquished all who stood before him and by late afternoon, only one remained. No one knew his opponent who fought under no Coat of Arms and had not once removed his helmet. Those in the Gallery, because of his dark dress and armor, referred to him as the Black Knight and as the two prepared their steeds, knowing smiles and heavy wagering stacked the odds against the stranger.On the two charged toward one another, the heavy war horses thundering across the jousting lanes. To no one's surprise, the Black Knight came unhorsed. As one the crowd rose, roaring at a sight never before seen. Lancelot too had flown off his saddle. Leaping to their feet, unsheathing swords, the sounds of steel against shield clanged across the field. On they battled. Parry, thrust, block. Block, thrust, parry. Twisting, swerving, dodging, they battled on, neither giving quarter, neither seeking it. Shadows lengthened but the two warriors fought on like true champions with the crowd alternating between groans and cheers at the ebb and flow.

Finally, Arthur stood and raised his hand, signaling a halt. "There will be no decision between these two magnificent Knights. For the first time, I declare the Tournament ended with dual champions."

The entire Gallery, already on their feet, applauded with loud acclaim. Shouts of Lancelot and Black Knight called to the favorites. But before anyone could approach, the stranger bowed to Arthur, bowed to the assemblage, and mounted his ebon steed. As it pranced and danced in place, he gave a final wave and with a sharp pull of the reins, galloped away.

Incoming Knights, joined Percival and Gawaine in peppering Lancelot for details, all still astounded that anyone could unhorse him. Again the doors opened and in strode Arthur bearing a sword though all could see Excalibur hanging from his side. He smiled, laying it on the Round Table to send a wordless message that the thirteen had increased by one.

Behind him entered another. Arthur motioned with an arm. "Welcome, Sir Morien. Welcome to the Knights of the Round Table." Surprised looks accompanied raised brows as the man removed his helmet and saluted. He was indeed the Black Knight.

"I counsel caution, Sire."
"Caution? They've accused me of debauchery. With my sister!"
"Indeed, brother. Such impudence cannot go unpunished."
"Sire. The army is in Solasti. All you have is the castle garrison and court guards."

"Baron Malsen and his men are not long gone. Are you the only one to arrive?"
"A Templar has arrived m'Lady."

"Then if my and my family's honor would be restored, please good Sir, let it be by the sword my father used so valiantly to establish it."

Jane stopped. How could I have been so stupid? Enthralled by the lush beauty surrounding her, it now threatened to become her grave. Everywhere she looked, only more jungle stared back. It left her disoriented, disconnected. Lost. Think, Jane, think!

Darting eyes shifted her gaze to the impenetrable canopy overhead. She had left the mission with the sun behind her. Finding it would give direction. There! A tiny speck of blue. She pushed through the thick, dense foliage until a small clearing opened before her. Angled shadows pointed toward the sun. A breath filled with relief escaped.

From a mound scant yards away movement burst to life. Two sleeping lions popped their heads up, eyes locked onto her, gauging the distance. As if anticipating the inevitable, nothing moved, nothing stirred. The jungle quieted and stilled. Jane's heart sank. She had no chance. No chance at all.

Above, tree leaves rustled. Something whooshed and whirred through them.

Jane looked up to see a shadow descending. High up, a branch groaned from the suspended weight. A primordial, primitive being hung before her. Powerful muscles bulged, flexed, and rippled. A mere hand gesture froze the lions in place. Jane tried to remember what she had ever seen as beautiful. "Who are you?"

A lion growled at the sudden disturbance. The man's head snapped around. A sound erupted from his throat that swelled and echoed off the trees, a cross between a bark and a grunt. Savage, guttural. Jane had never heard anything like it and stood startled in place. The lion's ears flattened.

His gaze returned to her with eyes that penetrated her innermost core. She felt stripped and naked but curiously never more safe. His head turned, nostrils flaring at some detected scent.

Agile as a cat, he dropped to the ground, dashing into the forest. Only bobbing plant leaves hinted he had ever been there. The lions took off behind him.

Once more, the jungle came to life with the chitter of birds and insects. Jane turned toward the sun and home. She still felt lost.